Every year at AJW Distribution, we choose a main charity on which to focus our fundraising efforts.

For 2020, we have chosen to support Kidney Research UK

This charity has helped a number of our staff including Dean Wicks from our Essex depot. Three of his brothers have kidney disease, with one of them currently on dialysis and his dad had a kidney transplant about 40 years ago.

Through-out 2020 the AJW team will be taking part in a number of events to raise much needed funds for this chairty.

Kidney disease can be a family affair

Dean Wicks works at roofing and cladding suppliers AJW Distribution as an External Sales Executive. His company have recently adopted Kidney Research UK as their charity of the year, inspired by Dean’s striking family story and his passion for the cause.

Dean and his five brothers had lived with some knowledge of kidney disease all their lives as their father Leslie lived with the condition. Fortunately, he had a kidney transplant which had lasted an incredible 30 years, enabling him to lead a relatively active ‘normal’ life. After he passed away due to cancer around 10 years ago, the brothers thought no more about kidney disease.

This all changed when Dean’s younger brother Kyle became ill. “He was very run down, very tired and generally feeling unwell,” says Dean. “He went to the doctors and had a blood test because they couldn’t really work out what it was. He then got a phone call within the hour telling him he needed to get down to the hospital right away. They were flabbergasted that he was still walking around when his blood work was showing he was really very poorly.”

Kyle’s kidneys were failing – he was diagnosed with focal and segmental glomerulosclerosis (FSGS), where the body’s immune system attacks the filters in the kidneys. He went straight onto dialysis to stay alive.

Meanwhile, Dean and his other brothers were warned they needed to get checked out themselves. For father and son to both have kidney disease, it looked unlikely to be a coincidence. Was there a genetic connection?

“When it became clear we all needed to be tested, I was very worried,” says Dean. “I don’t like doctors, I was very worried about the fact that I have children myself to consider. I even cancelled my doctor’s appointment three times before I eventually went down and had it.”

Dean was hugely relieved when his results came back clear. But two of his other brothers weren’t so lucky. In all, three of Leslie’s six sons also have kidney disease. And the brothers all had to think about their own children and the chance of passing it onto them too.

“It was quite a stressful time,” says Dean.

Kyle’s kidney disease has progressed further than his brothers’. He’s working part time, unable to take up full time work because of the demands of dialysis, which he does three times a week at the kidney clinic.  He’s hoping to go onto the transplant waiting list this year.

Dean is chuffed to bits that his company is supporting Kidney Research UK. He feels research has made a huge difference to treatment over the years: “I remember my dad telling us he had to stay in a quarantined room for a month after the operation. It seems like it’ll be really different if my brother gets a transplant.

“My colleagues are interested in my story and it feels like a good opportunity to raise awareness of kidney disease, as well as the all important funds.”

Not one to sit on his backside, Dean is also channelling plenty of energy into raising funds with his own personal challenge too, taking on this year’s Virgin Money London Marathon for Kidney Research UK. He’ll be thinking of his family every step of the gruelling 26 mile race. Please support Dean by donating on the donation button below.

“We’re so pleased to have AJW Distribution on board as part of #TEAMKIDNEY,” said Richard Phillips, Corporate Partnerships Manager at Kidney Research UK. “When I went to meet with the team at their head office recently, we had a great laugh taking photos with our mascot Beanie and working out what the year ahead looks like. There are some amazing fundraising and awareness plans at AJW, so watch this space.

“Huge thanks to Dean for keeping us in mind for this as well as taking on the London Marathon! It’s so great to see another Kidney Research UK supporter putting us forward to benefit from their workplace charity of the year partnership.” 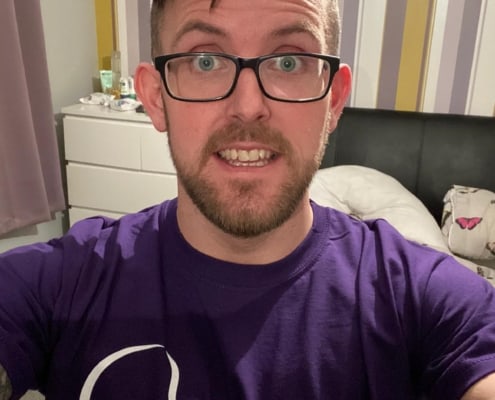 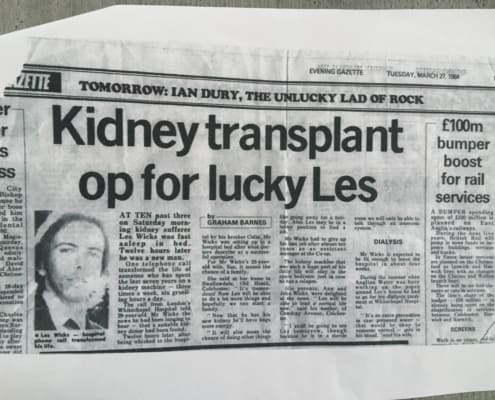 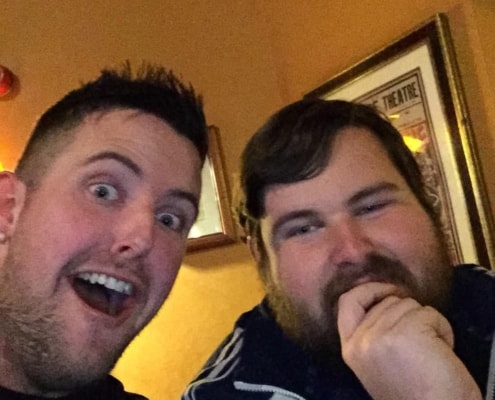 Our aim: Our research aims to improve the quality of life of those living with kidney disease. Ultimately, we want to eradicate this silent killer.

Our research saves lives: There are three million people in the UK living with kidney disease right now. One million don’t even know they have it and there is no cure.

Every day our scientists and clinicians are growing their understanding of kidney disease to help us unlock the answers to tackling this life-limiting condition.

For decades our developments in treatments, better information for patients and raising vital public awareness have been saving lives. As the likelihood of kidney disease striking you becomes ever greater, our work is more essential now than ever. 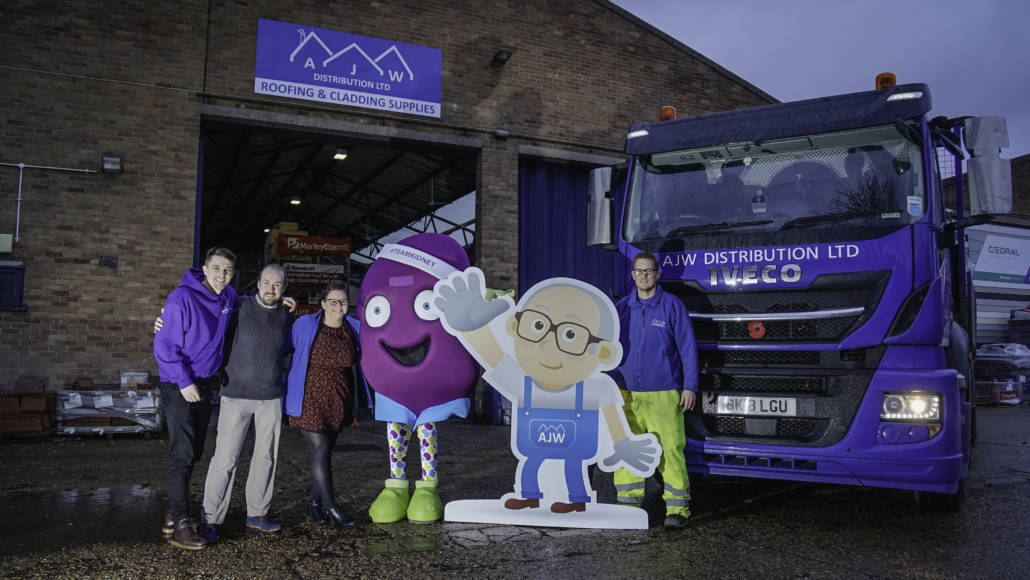 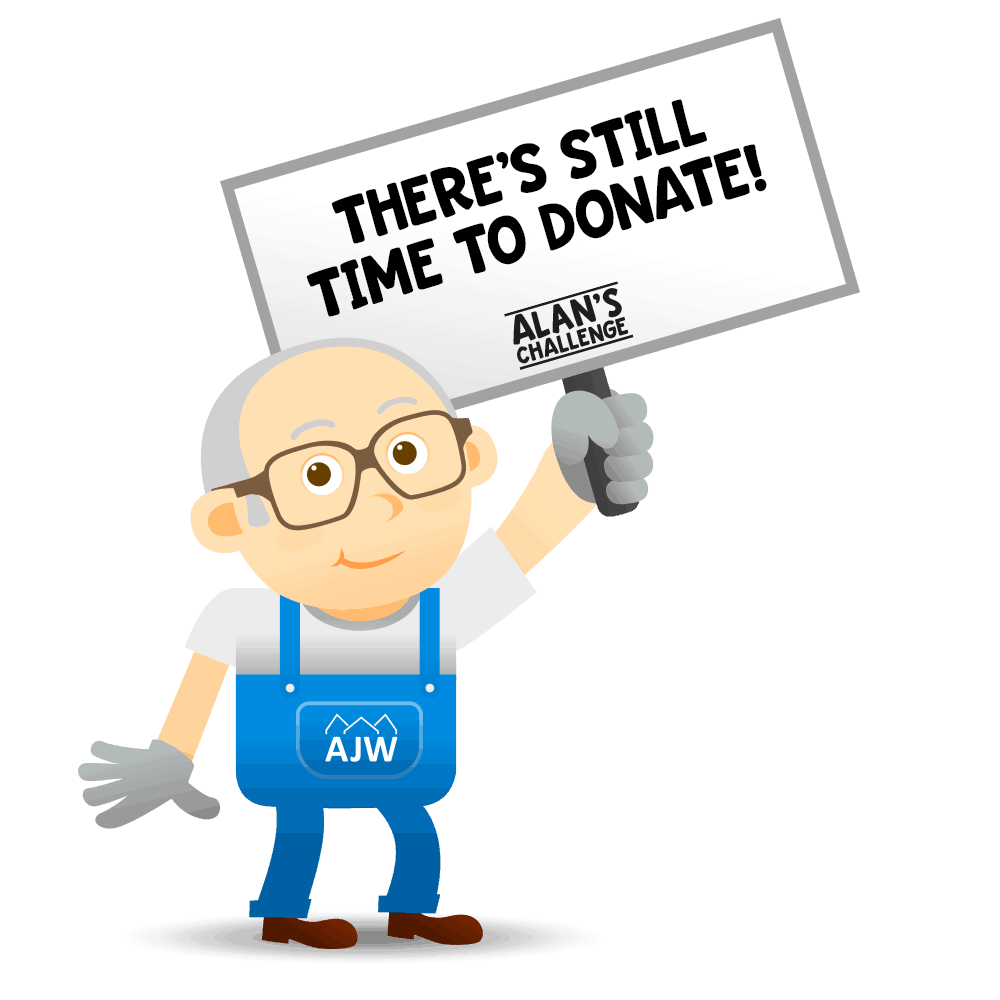 Please give generously to this worthy cause…