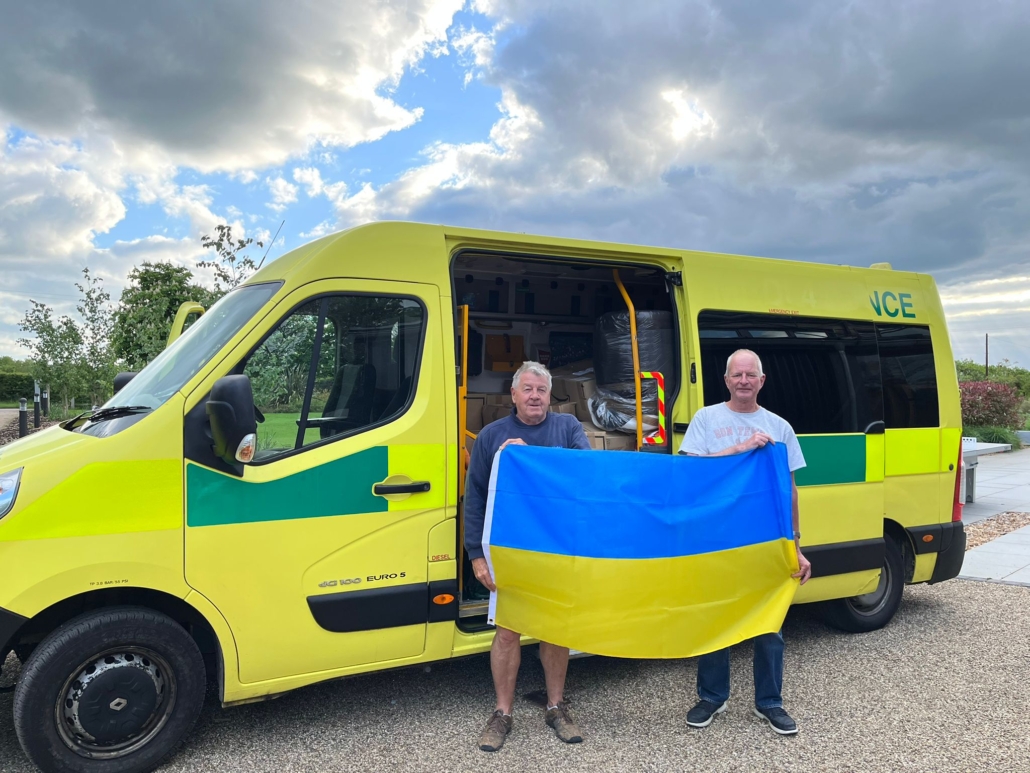 As I am sure a number of you have felt rather useless since the War started in the Ukraine, the team at AJW certainly did and so we wanted to help support the Ukrainian people somehow.

The founder of AJW, Alan Woods spoke with a local friend Martin Jackson who had an amazing plan and so Alan agreed for AJW to support this plan; here’s what that plan was….

Vitalii & Anatoli – Ukrainian drivers of Ambulances No. 2 & No. 3

Plus, many donations of time, money and much needed supplies from the local community.

To head off with the 3 ambulances from Cambridge to Ukraine picking up further medical supplies and donations on route!

Problem, our ambulance needed TLC to get there without breaking down. Despite heroic efforts of AG Motors, Papworth, our departure was delayed.

Simple catch up with ambulances 2 & 3 on route – say Berlin.

Friday the 13th Aim to be in Berlin for the Night

Departure from Kingston Barns, leaving at 2:30am, easy get to the tunnel in two hours, a freight crossing, apparently a decommissioned ambulance cannot go as a passenger vehicle.

Allowing for the crossing, time difference should be on the road in France by 7am at the latest.

Second problem, freight crossing slower than a passenger one so another delay.

Third problem, French customs picked on our old ambulance, getting very attached to her by now, to be inspected. Using lots of sign language and very little French, managed to persuade them there is no value in the donations that are being given to the Ukrainians. So instead of being on the road in France by 7am it was after 10am.

No problems, good roads and we would make up the time.

Wrong – France, Belgium and Holland, good roads and no further delays but as for the Germans!

I will never again complain about the roadworks on our motorways, we are not in the same league as the Autobahn roadworks. By 5pm it was clear there was no chance of making Berlin, I inform

Vitalii and Anatoli we would not be joining them in Berlin for dinner and settle for a stop in Hannover, still a few miles away but doable.

Looking for a hotel in Hannover we thought great find one just off the motorway, pulled in only to find it was an old peoples home not a hotel.

Nick is not sure the guy on the balcony has got over the sight of an ambulance pulling into the carpark and the old gentleman is still trying to find which one of his friends is missing!

Arrived at the hotel at 8:10pm only to be told the restaurant closed at 8:30pm so no chance for a shower and leisurely drink before dinner. But we did manage some food and much needed beer before heading to our rooms for an early night.

After 18 hours on the road, sleep came easy.

Saturday the 14th Aim to be in Warsaw this evening

As we were leaving the hotel early, no time for breakfast, but we did get given a packed lunch for our journey. This was very useful and provided breakfast, lunch, and all sorts of snacks in between.

Its amazing how much better you feel after a good night’s sleep, even the ambulance seemed to appreciate its night of rest in the Aldi carpark, as the hotel garage was too small for her.

So, the intention today was to meet up with Vitalii and Anatoli, the drivers of ambulances 2 & 3, in Berlin. But the vagaries of different sat navs and perhaps a bit of user error, meant that this latest meet up was missed, so it was agreed to push on and meet up in Warsaw.

No roadworks today and good roads made for an easy drive to Warsaw arriving at 7pm. Communication with the UK team, namely Kirsty, managed to book ahead a hotel. Being a Saturday in a popular city meant we could only get the 4 ½ star Sofitel – never mind we deserved a bit of luxury.

Arriving in an ambulance has its advantages. Pulling up at the front door prompted the concierge to run out and say have we been called?

This was surprising as it is an English ambulance being driven by two dishevelled guys in casual clothes not a uniform. However, we explained our route to Ukraine and staying in the hotel this evening. Although the car park was full, he found us two disabled parking bays and promised to keep an eye on the ambulance overnight.

Being in the centre of this old city it seemed appropriate to have a walk around and enjoy a very relaxed beer and found a nice restaurant.

Early start and head off to the airport to hire a car and book a hotel for this evening.

With me driving the ambulance and Nick following in the hire car our destination was in a town called Zamosc to finally rendezvous with Vitalii and Anatoli.

It did not all go to plan. Nick and I got separated, my sat nav took me to a building site not the garage we aimed to meet up. Finally, after much chasing around in cars we all got together and headed off to fill all the ambulances with more donations made locally.

With all the ambulances full to bursting, the next destination was the border crossing at Hrebenne.

You like to think that three humanitarian ambulances would be given a “fast track” through customs. I have never seen so much bureaucracy, paperwork and document stamping. I naively thought an hour at the most to clear passport control and customs to get from Poland to Ukraine but actually it took 2 ½ hours. Finally, I handed over the keys to Dr Valentin who took the ambulance to A. A. Shalimov National Institute of Surgery and Transplantology in Kyiv. The ambulances will be used to carry wounded soldiers from the frontline to the hospital for treatment.

In addition, Dr Valentin asked if we minded where our donations went to or are we happy to leave it to him to decide who needed them most. Agreeing with him that a small hospital near Kyiv was a good destination for all the much-needed supplies.

So having got the Ukrainian stamp in my passport I now needed to get back to Poland. Again, being naïve I thought that it would be possible to walk back using the pedestrian crossing, unfortunately this was closed, and the Ukrainian guards insisted that I needed to cross in a car.

Fortunately, Vitalii had not driven off yet, so he knocked on the window of a car that was occupied by a Ukrainian couple heading for Poland and I joined them for the crossing.

Polish passport control is not much better than Ukraine. So, after 1 ½ hours in the back of a Ukrainian car with a couple who did not speak English, I finally got back to Nick and the hire car. By this time, it was 10 at night. The drive back to the hotel in Warsaw was 4 hours and by the time we had returned the hire car it was after 3am – another late night.

An easy day today, sightseeing in the city of Warsaw in the morning and a flight home to Luton.

Weeks ago, myself and Dr Pierluigi Costanzo, a consultant at Papworth Hospital, talked about doing something positive for Ukraine.

Estefania, also a doctor at Papworth put us in touch with Anatoli and Vitalii from Cambridge 4 Ukraine.

The word got around, and donations flooded in.

An ambulance was purchased, serviced, and then loaded with all the boxes of donations.

So, with everybody’s help it was finally handed over to Dr Valentin in Ukraine.

We think that is very positive and a big thank you to all who donated and helped with the journey! 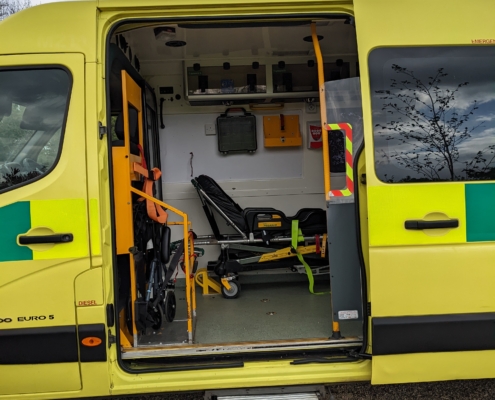 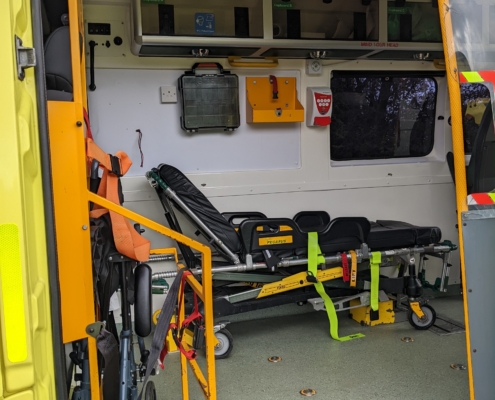 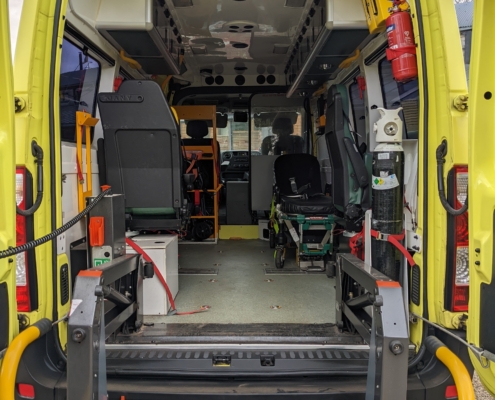 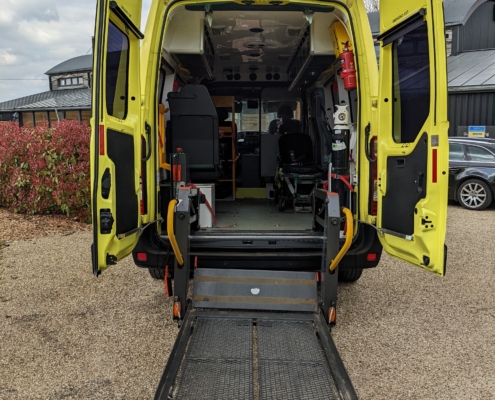 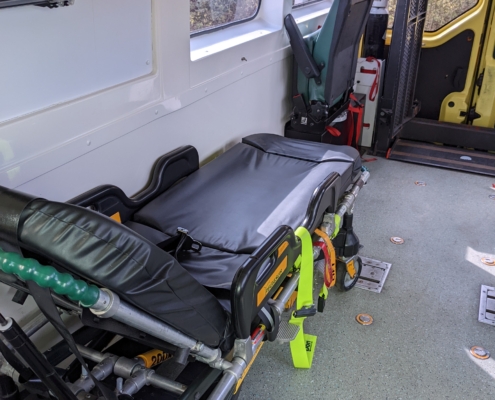 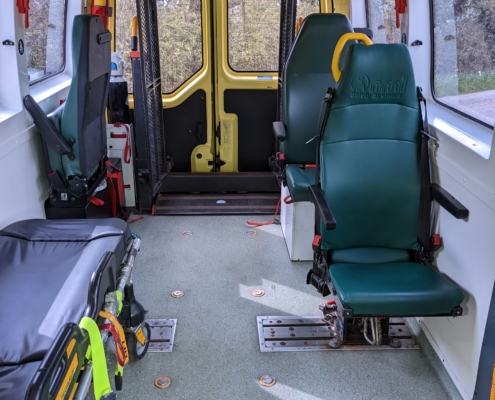 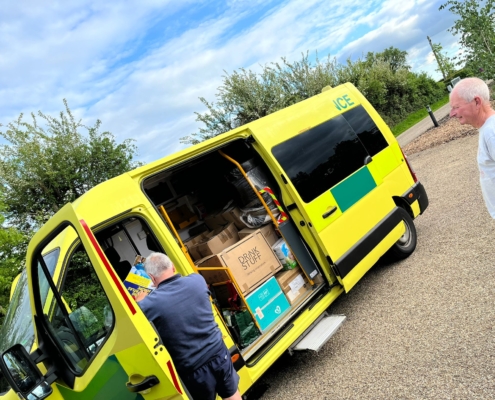 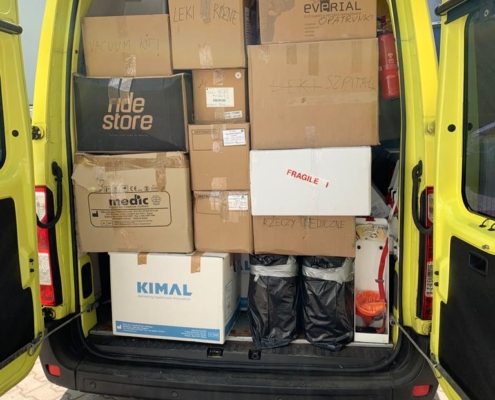 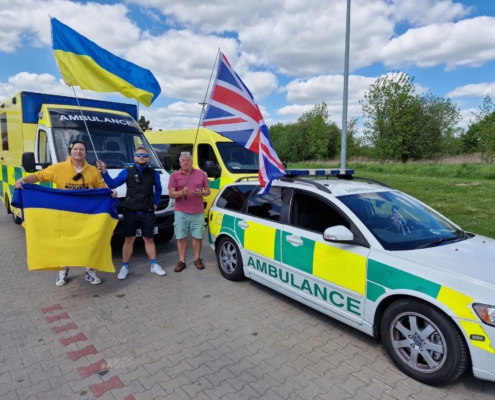 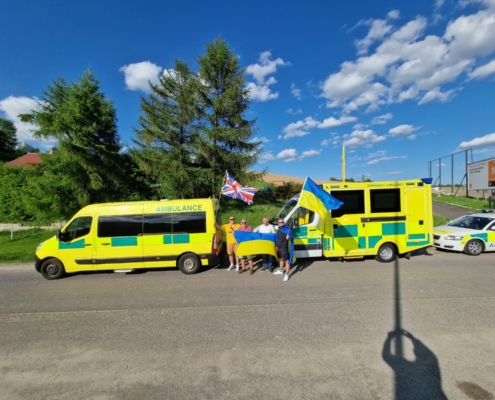 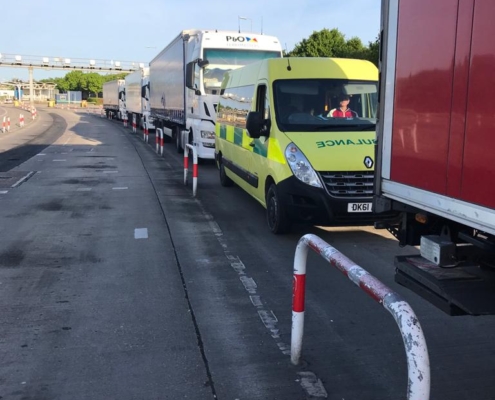 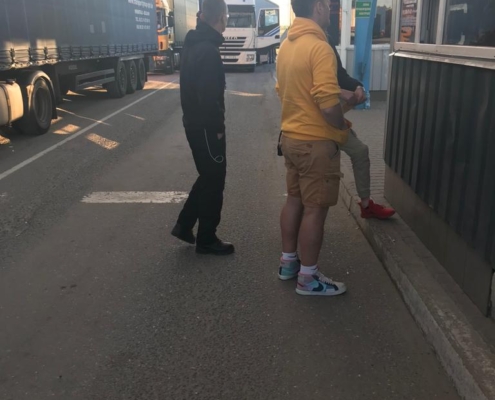 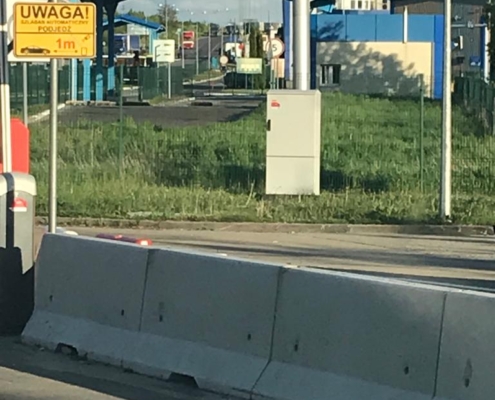 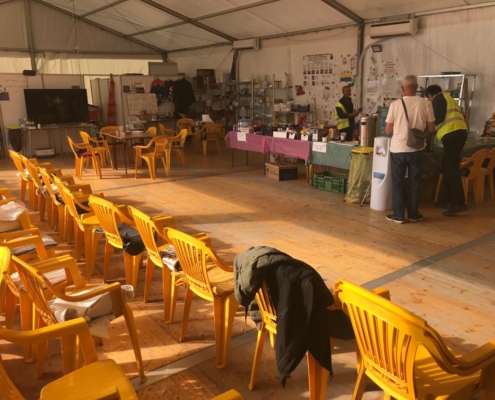 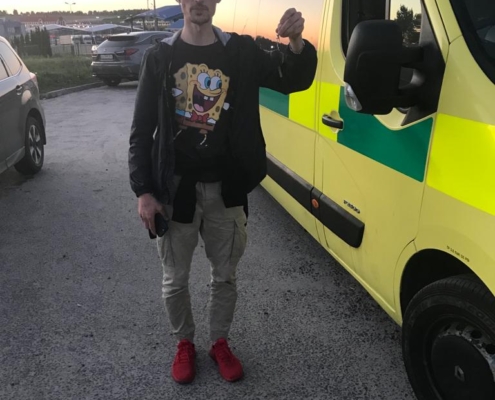 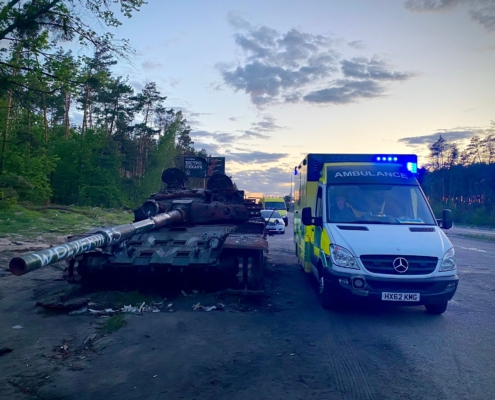 Meet Charmaine from our Sheeting and Cladding Division 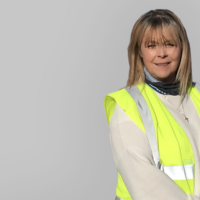 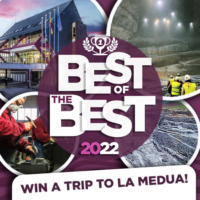 CUPA PIZARRAS : The best of the best 2022
Scroll to top