Did your ‘Mini Velux Alan’ make it round the course?

On Saturday 15th September, roofing and cladding supply specialists, AJW Distribution, held their first ever networking charity event at ‘The Playground’ in Bury St Edmunds. And what a success it was!

With the support of their key suppliers, AJW put on a fantastic event and raised money for their chosen charities of the year; Headway Suffolk & Headway Cambridge. Headway supports people who are recovering from serious head and brain injuries and two of AJW’s staff members have personal first-hand experience of the amazing work that the charities do to help sufferers, and their families, rebuild their lives.

Alan’s Challenge involved teams of between 2-4 people battling to complete 25 individual obstacles spread over the Playground’s 1000m course. To make the challenge a little harder and to add a sense of fun, each team had a ‘plus one’ in the form of Mini Alan; a cardboard cut-out of AJW’s company mascot (based on the founder and Managing Director, Alan Woods) holding a Velux window.

Teams had to take their Mini Alan over every obstacle and safely get him back to the finish line in the best condition possible. Many of them lost their feet whilst others took a dip in the green swamps along the way, but they all made it round with their team.

The Playground UK assault course is hard going, except for the super-fit, we are so proud to say that everyone who took on the course made it round with a huge number of people going on to take on the course with an individual timed lap.

As well as the obstacle course, AJW suppliers also added to the fun with their own individual games. This included ‘Tug a waka’ from Klober, the Buzz Game from Sandtoft and many others which meant there was plenty to entertaing the spectators who didn’t take on the assault course challenge.

Other games included ‘Hanging Tough’, ‘Tyre Flipping’ and the ‘Chin up Challenge’. As you can imagine these games bought out the competitive side in everyone, even the children had a go at the giant tyre flipping.

A number of prizes were given out on the day, which included:

The fastest team – “Hi Roofing” from Cambridge, who made it round in an extremely fast time 9mins & 50 secs.

The event was also attended by the chosen charities, with Headway Suffolk team also brave enough to face the obstacle course.

Their communications and marketing officer, David Crane took part and commented. “We were thrilled to be part of AJW Distribution’s assault course charity event. All nine participants from Headway Suffolk thoroughly enjoyed themselves and found out about muscles they never knew they had! We also claimed the best-kept ‘Alan’! It was a great team-bonding exercise.”

“It was a fantastic day – so well organised and professional. AJW, their suppliers and sponsors did themselves proud. It was a pleasure to be part of it, let alone being a beneficiary charity. All monies raised will go to help fund our continued work of supporting local people with acquired brain injuries and neurological conditions.”

“The assault course is a really tough challenge, but nowhere near as tough as the challenge that people recovering from a serious head and brain injury face on a daily basis.

So far we have raised over £1,000 from the raffle which we promoted before and during the event. The teams who took part have been raising money for completing the course and they still have until the 15th October to collect in all of their sponsorship money.

We are confident that we will raise at least another £2,000 from those who have been sponsored, which is a fantastic amount for such an important cause. If you would like to support our event, there is still time to donate so please head over to our just giving page: https://lnkd.in/gvifX3R

We would like to thank everyone who attended on Saturday; particularly our ever-generous suppliers who supported us with sponsoring the event and also supplying the tremendous raffle prizes. A special thank you goes to Kingspan; our main sponsors, Velux, Marley Eternit Cedral, Sandtoft, ALM and Brett Martin. Are you ready for Alan’s next challenge?” 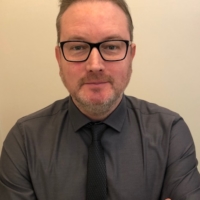