Back in July 2014 NDM was invited to tender for a wide and varied package of works at Balfour Beatty’s £87m ‘St James’s Market’ scheme in Lower Regent Street. As the largest retained façade project running in Europe at the time, it was prestigious for the contractor as it represented a gateway to potential Crown Estates work. Having already completed one such project Emilio Gardeta, Balfour Beatty’s Senior Project Manager, insisted that NDM be at the top of the tender list to re-create the ‘dream team’ that had delivered it.

These were highlighted at the tender stage as being critical to the overall project’s success. The client, architect, planning authority and main contractor therefore placed their focus on successful replication and replacement of these iconic adornments. Even so, it was only by pooling together the best lead working skills in the UK that it proved possible to produce a standard that not only met but exceeded expectations.

The first stage involved recovery and assessment of what was salvaged during the demolition process in order to determine what would have to be manufactured. Removal had been done in some haste but it came as a considerable relief to find that storage at PAYE Stonework and Restoration’s yard had been far more carefully considered. After four days of transporting back and forth what had been salvaged was finally in place at NDM’s Bedfordshire facility.

The extent of the considerable damage quickly became clear, with components misshapen, missing and incomplete, so careful selection was needed to find the best of each in order to guarantee totally faithful replication. However, despite employing some of the best lead workers in the industry, much of the decorative cast work to the Centurions and other decorative cast elements required a different skill set from what NDM could deliver in-house. As a result, it became necessary to engage the services of other specialists and, under the direction of NDM Managing Director Nigel Miles, a collaboration of 5 Lead Contractor Association member companies was born.

Specific tasks and responsibilities were assigned to each ‘partner’ company. Norman & Underwood took on production of the cast and bossed ‘bottle’ castings for use in hip and ridge details while Celtic Leadwork was tasked with using and installing the cast items within the ridge and hip detail fabrication.

The Centurion elements not produced in-house were divided between Alan Anderson and his team at Architectural Lead Metal (ALM) and Kevin Smith with his team at Conservation Leadwork. As a contractor, ALM’s brief focussed on identifying the best example of each individual component and dissection of the larger elements (chest plate and helmet) into manageable pieces, before cleaning and restoring all to a condition suitable for pattern making.

Conservation Leadwork’s team began the unenviable task of pattern and mould making for each piece before casting in new lead. Such is the accuracy of Kevin’s latex moulding process that it was necessary to first refurbish the chosen components to ensure that existing visual flaws and damage inflicted during removal from site were not carried over to the new items.

The task of reassembling components was shared between these two teams, and the fitment of freshly assembled chest plate, helmet and wing pieces onto the new, heavy-duty galvanised steel frames (in lieu of the original rotten timbers) was completed in-house at NDM’s Wembley Factory, overseen by Contracts Manager Paul Flynn.

Once this process was completed, the 6 Centurions-on-frame were transported to site, where the process of installation to the 2 hips on each of 3 towers within the mansard became the responsibility of NDM’s site management team. Having already devised and overseen the safe lifting and installation operations of all pre-fabricated mansard and dormer elements, the Centurions represented the last, but unarguably most precious, of lifting operations.

Once positioned and secured, all that remained was to give the wings a final dressing to ensure they ‘hugged’ the slated mansards as before and to adorn the decorative hips immediately below the body of the centurion with the 4-part acorn ‘tails’.

By bringing together the collaborative efforts of some of the most skilled and experienced operatives in the lead working industry today, and by employing 21st century technologies and materials alongside ancient casting skills, these Centurions will be tirelessly watching over Regent Street for the next century or more. As a rolled lead distributor, Associated Lead Mills has enjoyed considerable success and it was group company EnviroWales which manufactured the Envirolead® material used by NDM for the Regent Street project. Envirolead is recovered (along with other constituent parts) exclusively from car batteries in a process which provides full chain of custody. For heritage projects in particular this proves clear evidence of a material’s sustainability while removing the threat of toxicity in landfill that scrap lead and plastics present. The value of one of the country’s most efficient recycling processes cannot be understated as the Envirolead used has also made a significant contribution to enhancement of the building’s sustainability. 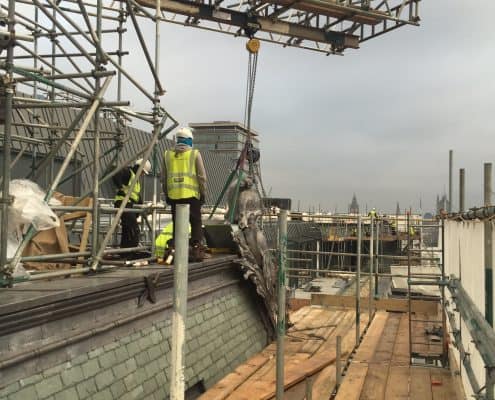 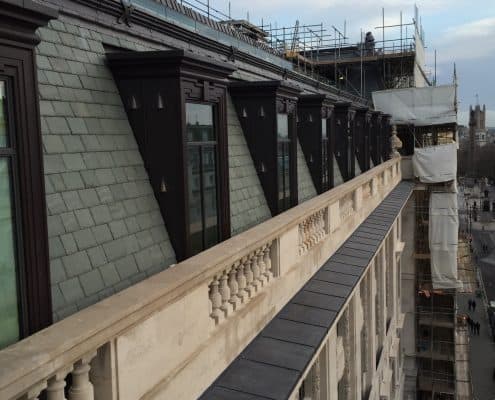 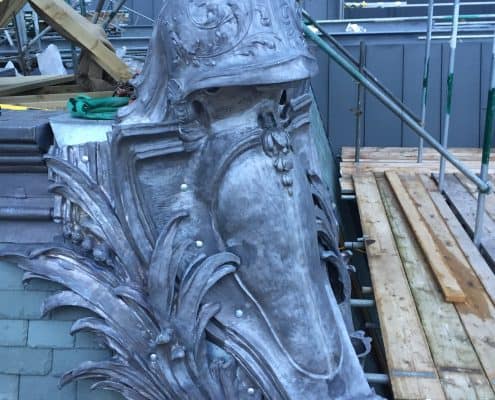 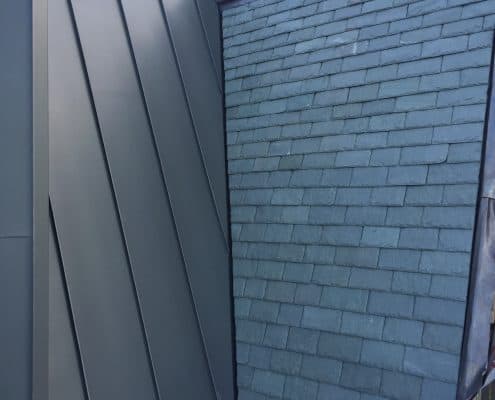 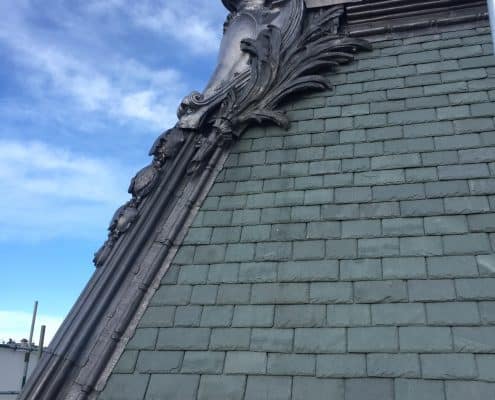 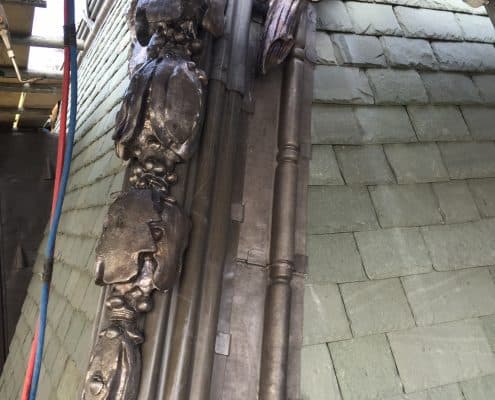 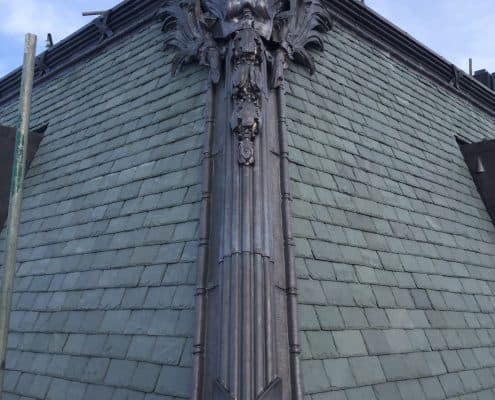 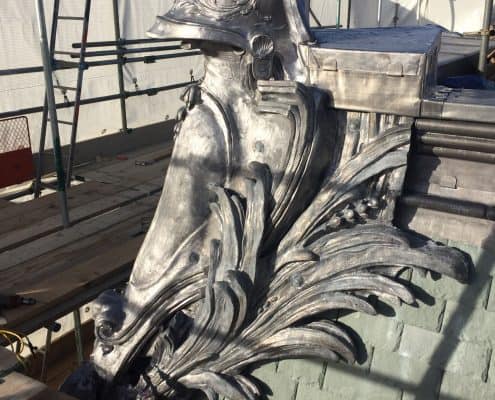 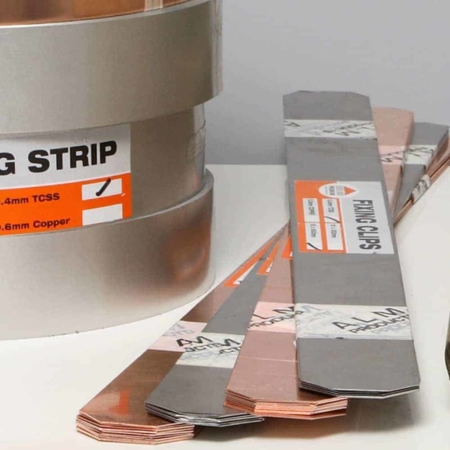 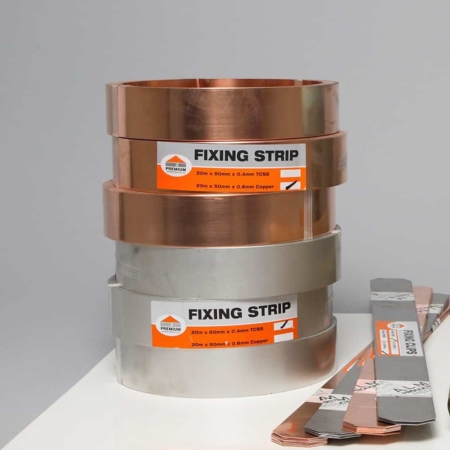 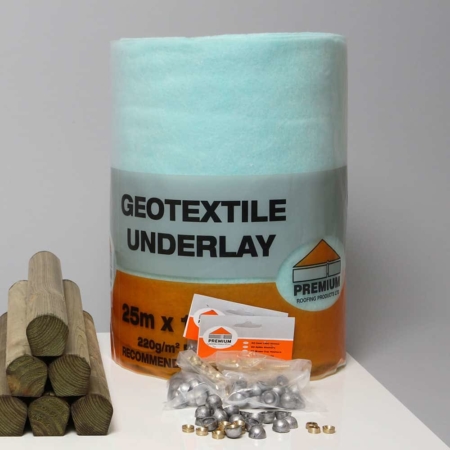 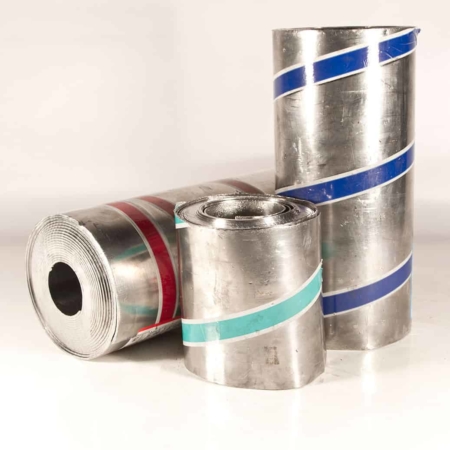 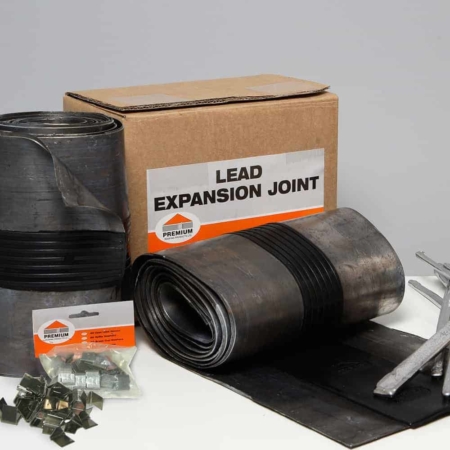 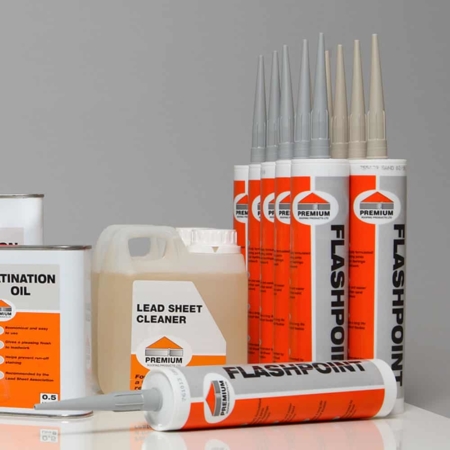 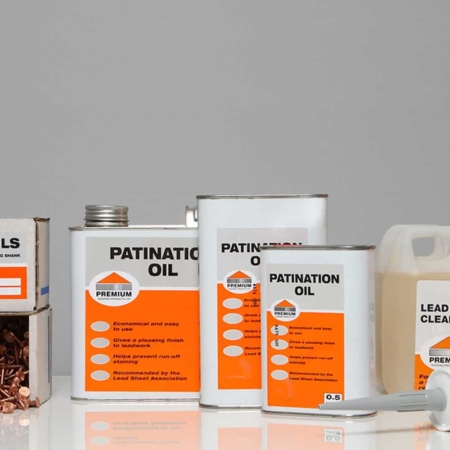 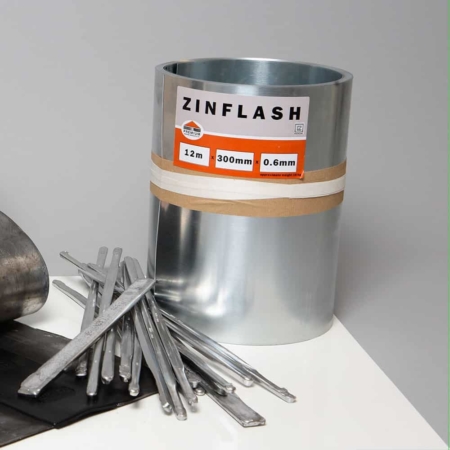