Wienerberger’s New Rivius slate appearance roof tiles, part of the New Generation portfolio, have been used to stunning effect on a substantial self-build project – Glen House, in the small Scottish town of Larbert, Stirlingshire. The project boasts incredible views from its large plot of the local hills, woodlands and countryside.

Wienerberger’s New Rivius slate appearance roof tiles, part of the New Generation portfolio, have been used to stunning effect on a substantial self-build project – Glen House, in the small Scottish town of Larbert, Stirlingshire. The project boasts incredible views from its large plot of the local hills, woodlands and countryside.

Alan Milliken, the owner of the property, used Wienerberger’s slate appearance tiles to complement the architecture and its locality when constructing his modern large three bedroomed home, which is complete with three balconies and large recreational area.
The Scottish project, completed in April 2016, was originally specified with real slate as its roofing tile of choice due to the style and locality of the building. However, after considering the benefits of Wienerberger’s New Rivius slate appearance tile, the decision was made to use this revolutionary new product instead.

New Rivius is so authentic-looking that the planners and local authorities gave their agreement for Alan to use the product within a historically slate area – which is a fantastic achievement that demonstrates its authentic look, beauty and quality. The product provides a natural slate appearance because it is made from alluvial clay with a tough ceramic finish. It is produced in a mould with a slate imprint, which gives it a natural look – providing a riven surface with dressed edges.

In addition to offering a premium aesthetic, New Rivius also boasts substantial cost and time saving reductions. Its large-format interlocking design can be installed easily and quickly as there is an absence of tough rivets and no need to drill or grade, as with original slate products. This benefit also rules out the loosening of tiles over time, another common problem when slate is used. It is an open gauge product, which is around 50% more cost-effective than natural slate, whilst still providing the authentic slate appearance. The tile is proving extremely popular with both new and existing customers, especially on self-build projects such as Glen House. 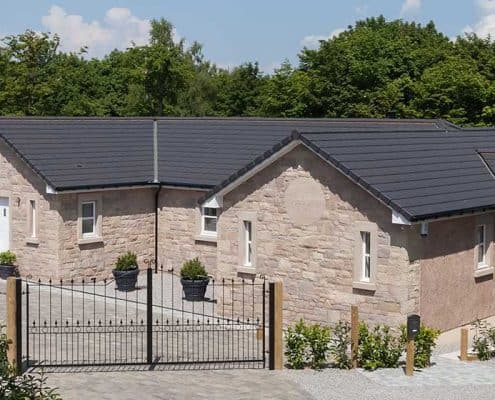 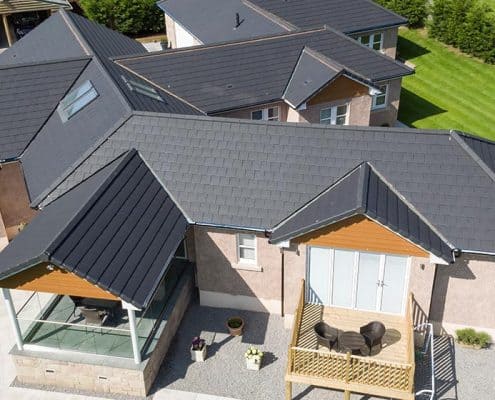 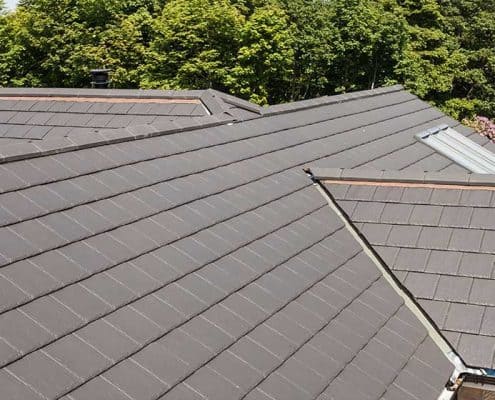 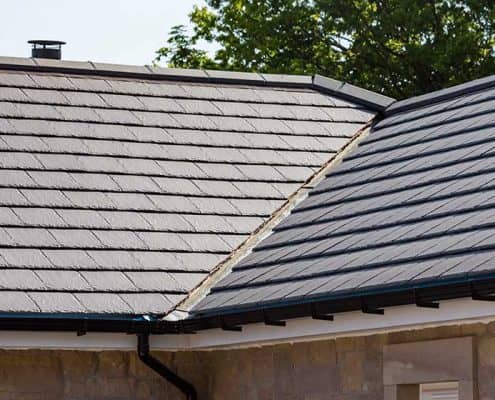 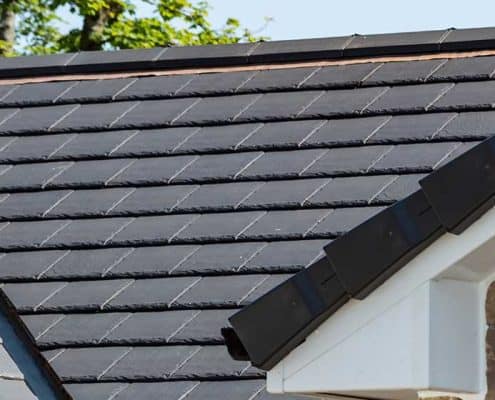 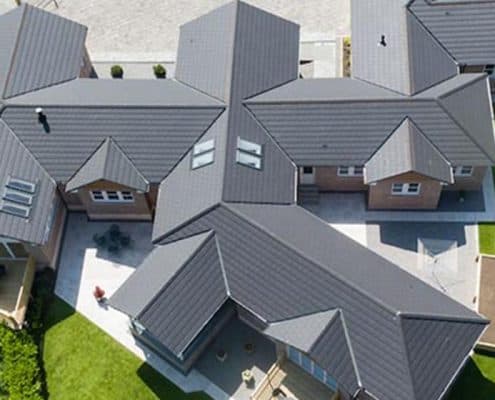 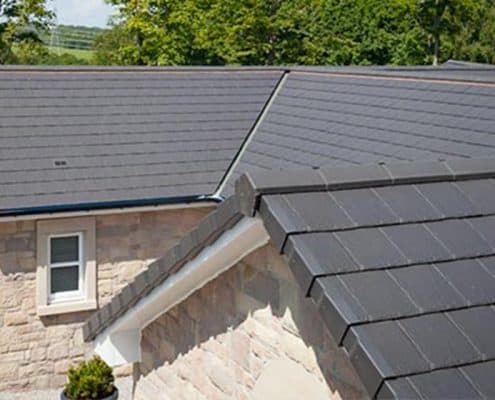 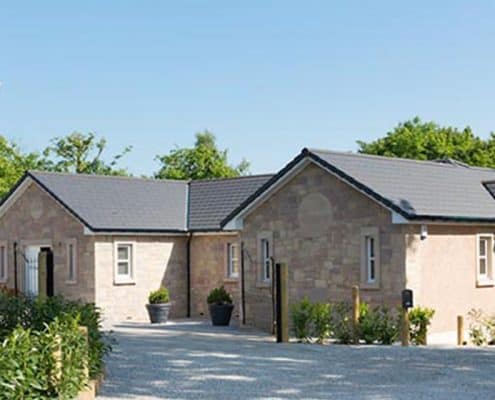 Eddie Brown, Specification Manager in Scotland for Wienerberger, commented: “We are very pleased Alan selected our New Rivius tiles for Glen House. It has been a very rewarding project to become involved with. Alan has created an incredible home and the sheer scale of the build is extremely impressive. When you factor in the location and the aesthetic of the product, New Rivius has delivered the quality, authentic appearance and durability that this beautiful new home deserves at an exceptional price – giving the customer peace of mind for decades to come.”

Speaking about his project, Alan Milliken said: “I had originally wanted to use real slate to roof the project. However, after considering the benefits of New Rivius and talking to the experts at Wienerberger, I was confident that this was the best option for Glen House. The whole project has been designed perfectly to suit our needs, and this was also the case with New Rivius – as we knew we wouldn’t have to deal with slate roof tiles loosening over time. We’re delighted with the outcome of our new home

For further details on this project visit their website 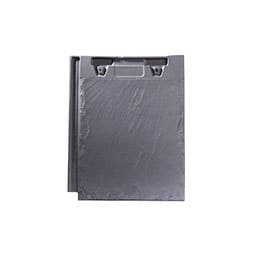