We all know that roofs are pitched to enable water to run off safely to the gutters without pooling and getting into the building structure. Even flat roofs have a pitch, albeit a slight one.

Hundreds, perhaps thousands of years’ experience in building construction has taught us that a good range of roof pitches for roof tiles and slates is roughly anywhere between 30 to 50 degrees. During rainfall and even allowing for a combination of wind and rain, water is shed from one double lapped tile or slate course to the next one below, with sufficient side lap and pitch to prevent any sideways or upwards ‘creep’ of the water through capillary action from penetrating the roof covering. Single lapped tiles perform the same function by virtue of their lap over the course below and side laps which can be either simple overlaps (in the case of traditional pantiles) or more sophisticated interlocks with water bars and troughs.

Roof construction Standards and practices in the UK are generally based around the design of roofs at the range of pitches above and make assumptions that the underlay is a component of an overall waterproofing and weathering system. Unlike Standards in some other countries, there are no special measures or variations to sub-roof designs in British Standards that relate to roof pitch.

Although many new buildings, particularly homes, are constructed with steep pitch roofs to enable suitable living spaces within the roof, a trend has gained favour since the 1960’s in the UK to construct building with lower roof pitches. There are advantages, of course, to having low roof pitches, such as reducing a building’s impact on the horizon, or to reduce construction costs or simply to enable the building of an extension to fit below the upstairs windows.

To cater for our desire to build roofs at lower pitches, roof tile manufacturers have developed roof tiles and associated systems that are suitable for use at low pitches. However, there are risks attached to low pitched roofs because everything is working close to its limits. For example, though the individual components have been thoroughly tested and perform fine at the given pitch, constructing the roof with the same accuracy as that used under test conditions can be difficult. It only takes a small gap or two in the tiling where it passes over a flashing and the risk of water ingress is increased.

Many low pitch roofs that were constructed during the 1960’s and 70’s and that have performed perfectly adequately for many years are now starting the leak as the bituminous underlay begins to degrade. Bituminous underlay, commonly referred to as 1F felt, worked well as a secondary barrier against water ingress as it compressed and formed a perfect seal around the batten nail holes. Being relatively heavy it also formed a natural drape between rafters, directing any water within the batten cavity away from the rafters and nail holes and safely away to the gutters.

In recent years, though, there has been a rise in complaints of leaking roofs that can be associated with the use of air and vapour-permeable underlays (often generically referred to as breathable underlays), particularly on lower pitch roofs. It must be emphasised that there is nothing wrong with breathable underlays and, in fact, they bring many advantages to modern roofing that were not available with the traditional bituminous underlays.

The difference between bituminous underlays and breathable underlays, is that the modern materials are much lighter and do not compress in the same way as the bituminous underlays did. Being lighter in weight, it is more difficult for the roofer to achieve a drape in non-bitumen underlay between rafters and there is less protection against water ingress through the batten nail holes. This means that, without sufficient drape, any water trapped behind the tile battens can find its way through the batten nail holes in the underlay.

The problem is not with the underlay, but with construction techniques that have not kept pace with the rise in the use of these products. In Europe, where the use of breathable underlays first emerged, their Standards have roof constructions that are dependent on the roof pitch, whereas in the UK, our Standards do not differentiate between roof pitches that may be 15 degrees or 50 degrees.

A roof must be regarded as a system, rather than thinking of it as individual components. There will be occasions where rainwater finds its way through the tiling and onto the underlay. That is why the British Standard for slating and tiling, BS 5534, states that the underlay should prevent the ingress of water. The problem is that the Standard does not give any guidance on how to achieve this with common roof construction techniques.

Roofing has developed significantly through progressive changes made to Standards in the last few years, particularly in relation to tile fixing and the use of dry fix systems, so I am confident that practices will continue to improve. In the meantime, I thoroughly recommend that roofers obtain a copy of Wienerberger’s Low Pitch Installation Guide and follow its recommendations when installing low pitch roofs.

A copy, together with lots more useful information, can be downloaded here. 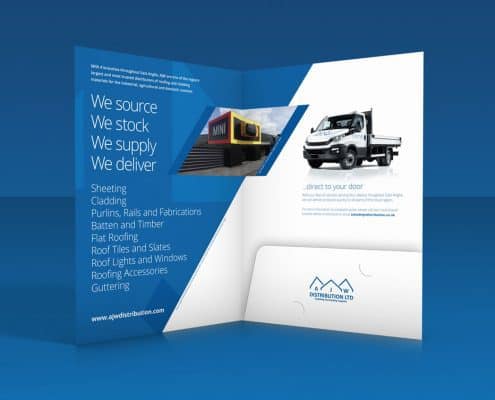